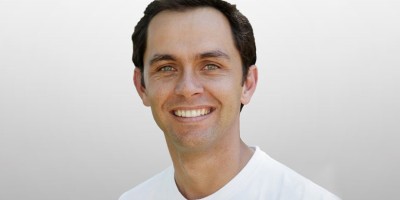 Tell us about how you got started.

It started with my dad telling me I could be anything I wanted in life, as long as I was a chartered accounted. I qualified as a chartered accountant in 2002. After working for Deloitte in New York, I returned to South Africa in 2003, looking for a job at a bank. I got an interview with RMB, but, to their credit, they rejected me. They joined Deloitte in realizing early on that I am unemployable.

Eventually a Joburg businessmen reached out to me for coffee. After a few meetings he made me an offer: 10% equity in a startup doing cellphone tracking on condition I take it from idea to reality.  Fortunately my wife is also a CA, and she’d found a good job, so I could afford to take some risk. So I did, and so began Cellfind. The journey followed the usual narrative, take twice as long as planned, spend twice as much as planned, try to give up, but very luckily for me, my partners backed me all the way and wouldn’t let me throw in the towel. Cellfind turned the corner in 2005, and suddenly I was a successful entrepreneur. So successful that I got bored. So I joined iBurst, and spent four years building a national telecommunications company.

I had my first child in 2008, and it was in 2009 that I realized raising a young family was not compatible with a high-powered Johannesburg life. Faced with a choice between career and family, I chose my wife and kids and we relocated to Stellenbosch to be near my in-laws. Personally, I felt it was a big step backwards. Out of the rat-race into a sleepy little town. But I quickly realized that the Cape offered huge opportunities in the tech sector. I was invited to Harvard in April 2010, and after being exposed to world-class people and content, I realized my dreams were too small, and that life can’t be spent purely in the pursuit of money & happiness. There must be a purpose. I decided my purpose would be to make South Africa a fairer place by bringing the internet to as many people as possible. So I started World of Avatar and we backed companies that made smart apps for feature phones, bringing the power of the internet to people who can’t afford smartphones and mobile data.

We eventually bought Mxit, the largest social network in Africa. Sadly for me, my high-falutin dreams never became cash-flow reality, and my partners and I had a fall-out resulting in me leaving in October 2012. I had to sell me house, downscale my life, re-think my path.

I started 2013 re-committed to my path: bridging the digital divide, but more realistic about dreams translating to cashflow. I also realized that the only way to truly fair internet market is one where superfast internet is affordable to all South Africans, not just those of us living in leafy suburbs. So I started Project Isizwe, an NGO that helped municipalities to provide free WiFi in low-income communities. That led to a business, Hero Telecoms, which has grown to over 1,000 employees providing broadband in 500 towns across the country.

What makes your company unique?

Whilst the competition is fighting it out in the metros, HeroTel is focused on rural South Africa. If there is one thing I’ve learnt over the years, it’s that competition is not fun. Find a gap in the market, don’t go head-to-head.

No business is without setbacks, can you tell us about a time when you faced a significant setback and how you recovered from it?

Probably my biggest setback to date was being kicked out of the business I founded, Avatar. It wasn’t fun, but with the benefit of hindsight I realise I only had myself to blame. I reflected, I learnt lessons, I applied those lessons in my new business.

I moved on... That’s the secret to recovery: Keep moving.

How do you define success and to what do you attribute your success?

In the world of entrepreneurship, money is the most important scorecard. Did you make money? If the answer is no, then you’re not a success. But it’s no good making money if you lose your spouse, kids, health, reputation. That’s why you have to keep the balance right, particularly with your spouse. He/she is your life partner, you should make life decisions together.

For me, the definition of success is to have financial freedom (having enough money not to worry about money), to be happily married, to have my health, and to have confident healthy children that want to spend time with me.

Keep reading, keep learning, keep working, stick at it, and maybe you get lucky.

What's next for your business, what will it look like in 5 years?

I think it’s time for something bigger. By 2026 I’d like to be part of the biggest fibre company in South Africa, playing a small part in getting all South Africans on the internet, unlocking the benefits of e-learning, e-commerce and general access to information & opportunity.

What do you think the future holds for Africa-focused entrepreneurs and advice do you have for entrepreneurs who are just starting out?

Africa, as a continent, has the fastest growing population on Earth. And it arguably has the fewest legacy systems (that’s the nice thing about lack of infrastructure: no legacy). This means Africa has the most potential consumers, and is able to leapfrog the rest of world for solutions to education, healthcare, safety, housing, etc.

My advice is to solve problems that don’t exist in America. That will minimize your competition with Silicon Valley entrepreneurs, and maximise the impact you can have on your local community.

Owning a business while balancing a personal life can be challenging; how do you take care of yourself?

Wake up 4:30am. Read, exercise, pray, meditate. Get home 6pm and switch off phone, spend quality time with spouse and kids. Go to bed early. Don’t over-eat. Mostly depends on marrying the right person. Marry when you feel it’s right. Divorce when you realise you’ve made a mistake. Keep moving.

What is your favorite quote or mantra?  What keeps you going?