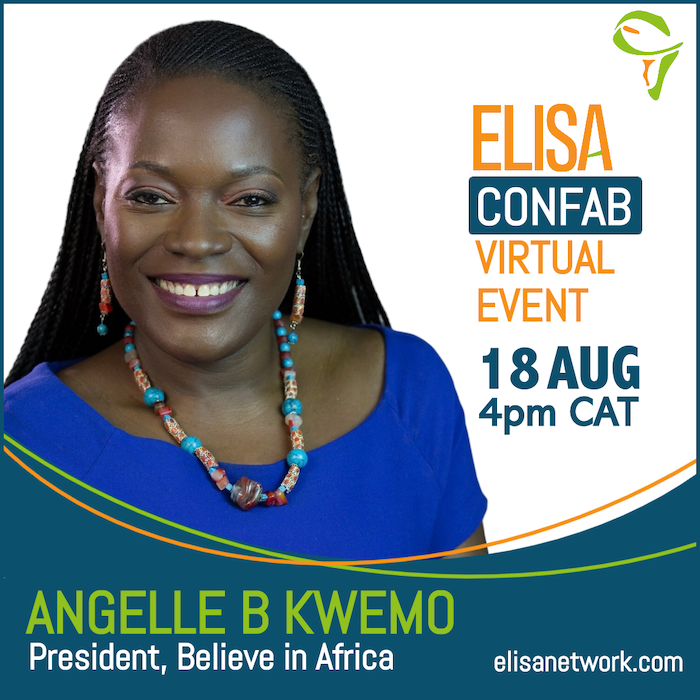 August 18, 2021 REGISTRATION for this event is now closed

Our speaker, Angelle B Kwemo is President & CEO of Astrategik Group, a firm that provides international trade advisory and strategic services to multi-dimensional entities willing to engage with Africa and emerging markets. She was the co-host of "Count Down to the White House TV Show”, a weekly one hour TV show, covering the 2020 U.S. presidential elections to 14 million African audiences with a target to the 1.2 African descent voting block.

As a dedicated advocate and philanthropist, she Founded Believe In Africa, an organization aiming at promoting the role of the African private sector in Africa’s transformation and empowering Women and the youth. She hosted the first African women in agriculture congress. This led to the creation of African Women in Agriculture and Art (AWAA), a platform to support African rural women graduate from subsistence to commercial farming and handicraft. She has since trained women in Central Africa Republic, Cameroon, Morocco, Nigeria, Benin, Togo, Equatorial Guinea, Mali and registered nearly 600,000 women in rural areas across 22 African countries.

A native of Cameroon, she started her career in France at Bestaux Law firm. In Douala, Cameroon, she served as the Chief of the Maritime Claims and Disputes Department, and later as the General Counsel for Bollore Technology Group and Geodis Overseas.

She worked for seven years in the U.S. Congress as Legislative Counsel for two members of the House of Representatives, including Rep. Bobby L. Rush, Senior Member of the Energy and Commerce Committee. Ms. Kwemo was instrumental in the U.S. Congress and played a key role in policy formulation on issues affecting the global economy.  She worked tirelessly on the passage of legislations to increase U.S. – Africa trade relations that led to the first African Leaders Summit under President Barack Obama. Ms. Kwemo was President and Founder of the nonpartisan and bicameral Congressional African Staff Association, which aimed to educate policy makers on the positive progress of Africa. She drafted the “African Diaspora and Investment Act” (AIDA) and handled the African diaspora’s mobilization that led to the creation of the State Department’ International Diaspora Engagement Alliance (IdEA) and to including African diaspora language into President Obama’s Africa policies priorities.

Ms. Kwemo has received a number of recognitions for her exemplary work, including the DC Government’s Public Service Award, a citation from Maryland’s Governor Martin O’Malley, the “50 Most Powerful Women in Business Leadership Award” by the Minority Business Magazine, and was named one of the “World’s Most Influential Africans in the Diaspora” by Paris based Africa 24 Magazine and 50 most Inspiring African by Inspire Africa Magazine. She is author of the book "Against All Odds: How to Stay On top Of the Game" and is regularly published and featured in international news, including Forbes Afrique, Africa Report, Le Point, Voice of America TV (VOA), BBC, France 2 TV, TV 5 TV, France 24 TV, Africa 24 TV, Comcast TV, China Daily, Inspire Africa and Africa Report.

Ms. Kwemo was on the advisory board of the corporate Council on Africa Small Business Initiative, the Democratic Republic of Congo Investment Fund and on the Selection Committee of the Tony Elumelu Entrepreneurship Program. She co-chaired Executive Women for Hillary for the Washington DC, Maryland and Virginia during 2016 US presidential elections. During 2020 U.S. presidential elections, she was member of the Women of Color for Biden and on the Steering Committee of the African Diaspora for Biden.

When you attend ELISA CONFABS you receive:

During the confab, an inspirational speaker or thought leader provides remarks for 10-minutes focusing on their professional journey, particularly as it relates to entrepreneurism in Africa. This is followed by randomly assigned small group virtual breakout sessions where attendees connect with others, discuss bootstrap briefs and gain recognition for their business, project or idea.

The mission of ELISA is to create jobs and support entrepreneurship in Africa. ELISA members and sponsors discover new opportunities for innovation, connect with others who share the mission, and grow professionally.

Schedule: REGISTRATION for this event is now closed 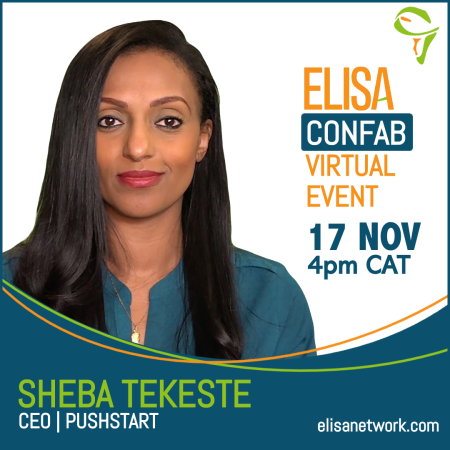 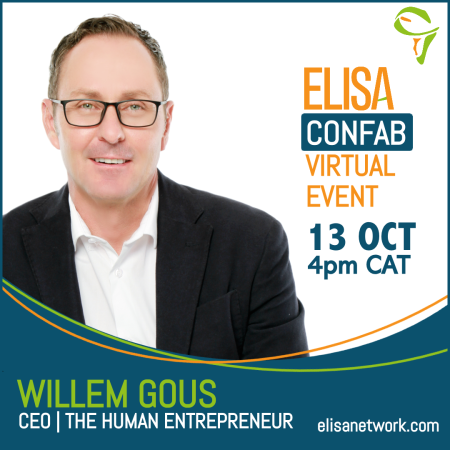 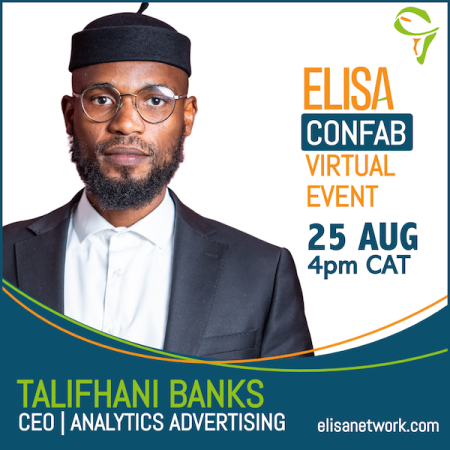 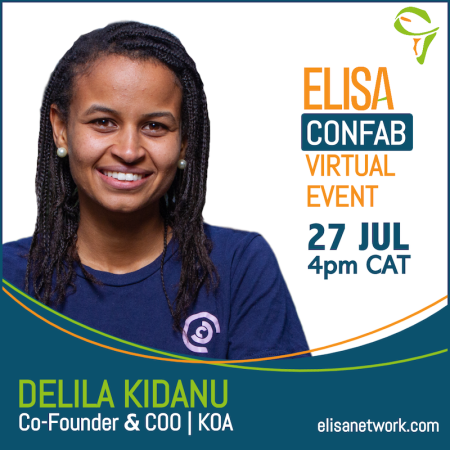 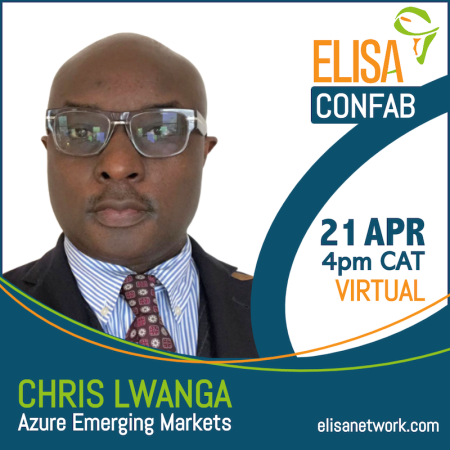 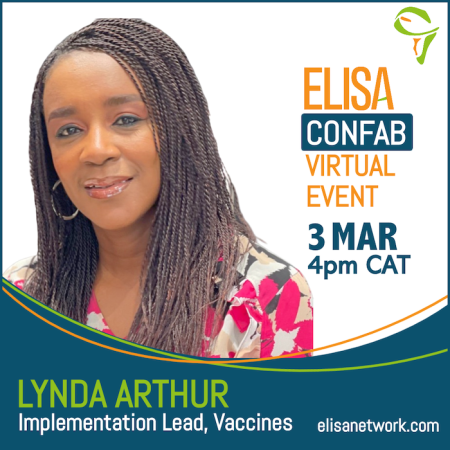 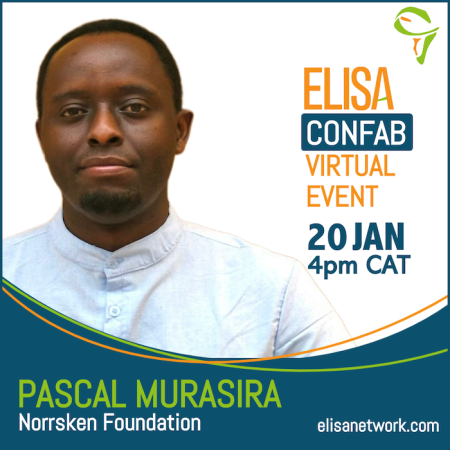 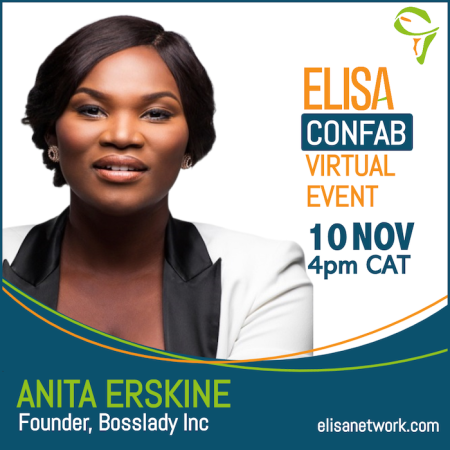 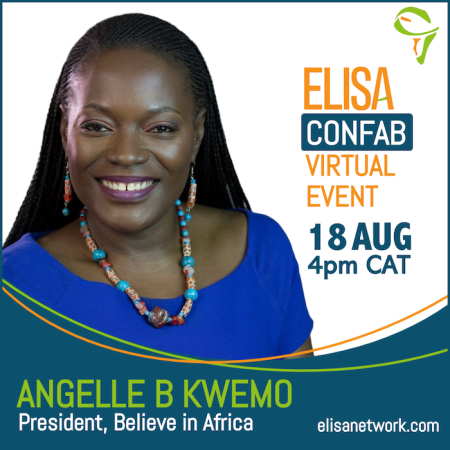